How does it work?

The Gait Analysis system is called EquiGait which has been developed by the Equine Structure and Motion Laboratory at the Royal Veterinary College.

At its heart are wireless motion tracking sensors which are similar to those in Nintendo Wii handsets and in smartphones. They have many other applications such as in the film industry enabling transferring movements of actors to CGI.

Conventionally, we look for many clues to assess lameness - movement of the head and points of the hips, stride length, how the hoof moves through the air and how it is placed. Research has shown that only the movement of the poll and pelvis are required to define the presence of lameness but very often the human eye and brain can't interpret the information accurately enough. 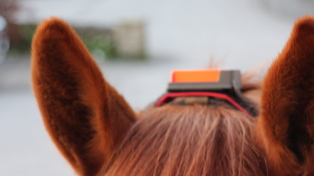 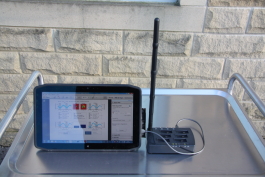 Four match box sized sensors attached by double sided tape are used, one on the poll, one on the croup and one on each of the points of the hip. These provide very accurate measurements of their position in space which is all we need to assess the horse's gait. The information from the sensors is transmitted wirelessly to a handheld computer in real time.

In order to provide meaningful results, a minimum of 25 straight trot strides is all that is required. As EquiGait is so accurate, the need for lunging on hard surfaces is usually removed as we conventionally use lunging to exaggerate the lameness so it is easier for the eye to see.

The system requires minimal set up - there are no banks of cameras and markers on the body and limbs - so it can be performed anywhere there is a flat surface whether it be a manège, field or road.